How Brexit is Likely to Impact Tech Start Ups

The referendum proposing the exit of the Britain from the European Union was met with mixed reactions all around the world. Besides roiling global markets and currencies, Brexit saw the British pound fall to its lowest levels in decades. In addition, many countries around the world will have to change how they trade with the UK ans the EU.
Nonetheless, Brexit is believed by most to be a first step towards saving the indigenous culture in Britain and putting a cap on illegal immigration. The debate on whether to in or out of the European Union was openly and secretly discussed even before voting was done on June 23, 2016.
Voting out affected a lot of businesses; here is how it will impact tech startups. 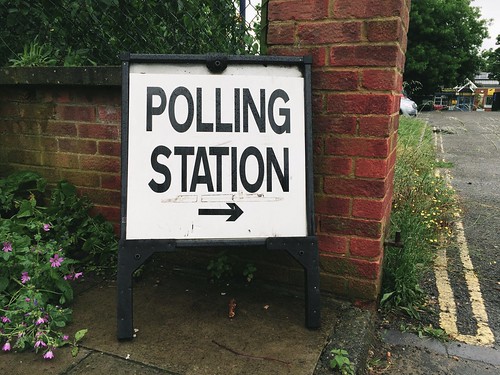 Entrepreneurs from major online companies such as Ebookers, Zoopla, Yo! Sushi, Skype, and Domino’s Pizza, just to mention a few, were among the signatories that voted for Britain to stay in the European Union. Over 200 entrepreneurs put pen to paper with their major concern being their inability to do business with the 500 million consumers. In addition, the set of regulations governs 28 countries so an exit would mean more permits and different rules.
A Brexit will impact tech startups heavily because the set of rules will no longer apply to people in Britain. Even more, the connections made and companies started will have to be reviewed again when and if Britain manages to pull out of the European Union. The connection between the many countries in the European Union merged with daily advancing technology makes marketing very easy. In turn, this makes selling/buying or marketing your brand, product or service easy as you are assured of a wide target audience to choose from. An exit would mean a limited market for startup companies in Britain, missed investment opportunities, and lost jobs for both parties.

In addition, the cohesion makes it easy for startup companies to get reviews from a wider market.

Virgin founder and business mogul, Richard Branson can’t help but lay out his frustration at the thought of Britain leaving the European Union. The billionaire has been very vocal about the uncertainty, both logistically and economically, surrounding Brexit and how it transfers to tech startups. Having started his business before the United Kingdom joined the European Union, Richard has seen it all and advocates for a stay.

He argues that initially, there were heavy import and export duties which made it very hard for his company to grow. Rightfully so, tech startups will be much slower since technology advances daily and all the equipment required will not be found in the UK alone. This has gripped the industry with uncertainty as most people are not sure whether to start now or wait until everything is settled.
Nevertheless, there were tech businesses that were started around or shortly before Brexit was made public such as Gottotrain. The founder and London-based tech entrepreneur, George Budulan expressed his disappointment but claims he will continue to redevelop the App to suit a stay or an exit for the EU. The uncertainty weighs heavy in the heads of those thinking of startup tech right now as they are not sure how they will balance the businessman’s, governments and their plans on one table.

After the referendum held in June 2016, Britain found out that 52% of the votes cast were favoring an exit from the European Union. 48% chose to remain, with most of these being from Northern Ireland and Scotland. England and Wales spearheaded the campaign to leave garnering the highest voter turnout out of the 71.8% of the over 30 million people that voted that day.
A survey company, TechCrunch, involved members representing various business organizations, investor, and tech startups in a survey on whether or not Brexit was good. Just like many startups out there, the views were much divided. The fall of the Pound means that startups can afford to be sold at an affordable rate as it is easier to raise money abroad.
On the other hand, a cheaper British Pound means the Brits will have less buying power and it would be very hard to pay external services such as Amazon S3 to host your product or service. Business requires proper evaluation and a clear strategy, for this to happen one must have all the facts needed to make important decisions.

Since Brexit was only a referendum, many startups are indifferent about the outcome either way it goes. Nonetheless, the division among startup companies caused by Brexit will only settle when the final word come out.

Posted in start up in business, tech Tagged with: brexit, start ups