The Penguin 4 Update and What It Means for You

It’s that time again. The Google Penguin 4 update that went live this September has probably shaken up webmasters, SEO agencies and businesses that rely on these professionals to keep them on Google’s front page. So, what should you know about the Penguin 4 algorithm update? 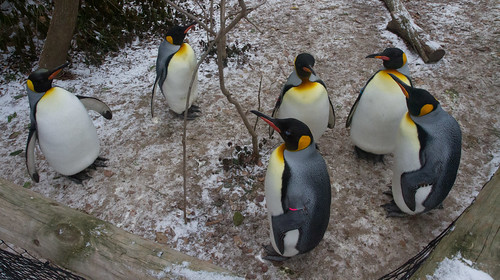 1. The update went live before it was announced.

As we have seen with earlier Google algorithm updates, Penguin 4 went live a few weeks before it was announced. The announcement came on September 23rd, but the launch had already taken place on September 2nd. This makes it easy for Google to withdraw algorithms in the case of things going wrong, without having to make announcements.

2. The Penguin 4 update is a major change to the core algorithm.

The Penguin 3 update took place in October 2014, and threw the SEO community into chaos. Google admitted that it was a less-than-ideal penalizing solution for black hat SEO. Penguin has always looked for unethical manipulation of keywords, and penalties were often applied only to specific terms and then made it almost impossible for SEO professionals to help penalized websites recover lost ranking. Once a website was penalized with Penguin 3, it was very difficult to improve or recover projects that were in Google’s black books.

The reason why Penguin 4 took such a long time to launch (over 2 years) is because it involves large scale changes to the existing core algorithm. A lot of the code has been rewritten. There have been attempts to make Penguin more granular, which means that various parts of a website that has seen aggressive SEO will be caught by the algorithm while other parts may not be penalized. At the same time, Penguin 4 will be more rigorous in its search for link manipulation, without the limitations or the necessity for hacking the core algorithm as was the case in the past.

In the context of Penguin 4, the efforts to make it more “granular” can be demonstrated through the new spam-blocking method. In the past, Google would rely on spam reports or manual reviews for detecting paid links or link networks. It would also use manual IP blocks and hand-compiled data to hunt for spam. This was a time-consuming and inefficient process, though the Hummingbird update did make some improvements.

But with Penguin 4, and the observation that Google has not been carrying out manual spam detection since November 2015, it seems that things have changed. Penguin 4 is now likely using analytical tools that search for link graphs and unnatural link patterns. Google has realized that in cases of a single-owner group of domains where one domain has been caught for black hat link-building, looking at the entire group of domains under the ownership will reveal a lot more spam activity. This would enable Google to target specific manipulated keywords across multiple domains.

4. Google has not refreshed Link Graph since 2015.

Google used to refresh Link Graphs at least one to four times in a year, before it stopped the refreshes in November 2015. Link graph refreshes meant crawling again over pages with links, after they have already been analysed. Any changes to the links or pages since the last refresh would show up only after the next refresh, and could affect SERPs significantly.

It is not clear why Google has not done this for nearly a year. There are only speculations that one can make in this regard. Google may have omitted these steps before Penguin 4 because the team was too busy with the update. Or it may be that the refreshes have already been factored into the new Penguin upgrade.

Google began rolling in changes in June 2016, and since then those who have been closely watching Google’s activities will have noticed that Google has been launching the new updates in waves, unlike a single Panda or Penguin update. Since Google’s new outburst of activity in this field, some results have vanished from link graphs. This is a sign that Google is going to crawl through and reanalyse pages as they go without affecting others. In other words, instead of major refreshes, we will very likely see a rolling effect and granular refactoring of link data according to Penguin and Panda rules.

6. Expect effects to roll in slowly.

If you have not yet seen the effects of Penguin 4, hold your breath. Since there has been no link graph refreshes since the new Penguin implementation, it is likely that at the moment, only link edits made before 205 December will be factored in. If you have made changes to your website since then, you will need to wait for Google to refactor pages again before you see any change in your rankings.